Sometimes the biggest emergencies happen when we forget to open the damper before a fire has been started. You will know pretty quick if the damper is closed when smoke comes pouring into the house. We recommend the following-

The Lyemance Damper is a top mount damper that works on a trap door gravity theory. It is operated by a cable and handle as well but when opened instead of popping up it swings open down. These dampers are not the best for high snow fall areas

Lyemance dampers are known for freezing shut. The surface is flat and will collect snow or rain and in freezing temperatures will freeze shut. Lyemance engineers have designed a kick on the inside to help break the frozen door open.

If you rep lease the handle and the damper does not open chances are just like the Loc-Top it is either built up with creosote or malfunctioned. To see if its frozen shut pull down on the handle as you were going to release it from its bracket then really jerk down hard on it. This will activate the kick piston on the top of the damper. This will help if its a slight freeze or a similar issue.

If that does not work then go to the damper itself and see if you can push down on the plate itself or use a flat tip screw driver to pry it open. Sometimes excessive creosote will build up on the channel the plate sits in sealing it closed, or creosote will have build up on the pivot hinges. Either way you should be able to get it open by pushing down on the side closest to the rear ridge.

The Loc-Top damper is a common damper design for a top mount dampers. It is operated with a cable and handle but the damper itself has a spring assembly allowing it to pop up. These type of dampers are better for area's with snow fall.

The dampers spring assembly can get worn out over time and lose its springiness. It can also get excessive creosote build up at the spring joint. These will both cause the damper to fail and not open. You can tell if it is not opening by totally releasing the handle from its bracket. The cable should have tension on it. If it is completely slack then chances are the top spring has malfunctioned. 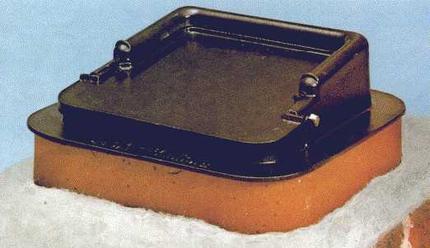 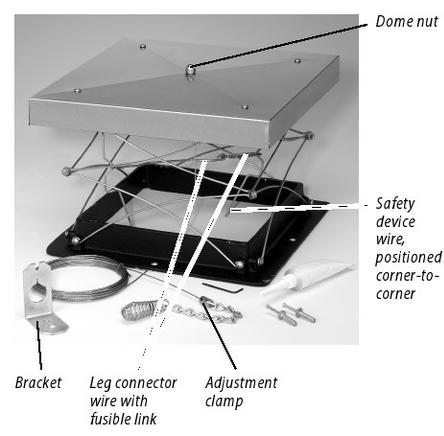 The handle which is normally on the fireplace face will just turn and the damper will not open.

Cast Frame and Plate
The first type of damper is what they call an in line damper and frame. It is the most common damper type and consists of a cast iron frame that is built into the fireplace at the time of construction. A damper plate then sits inside the frame and is operated by a worm gear or what is known as a poker assembly.

The most common issue in a poker style is when a damper plate jumps its track or flips over.

The damper plate itself sits in a small groove at the bottom of the frame.

its catch. Sometimes if a person pulls to hard or pushes it will create

The repair is as simple as getting a flash light and correcting the placement of the damper. The bottom edge should sit in the groove of the damper frame as illustrated in the top picture.

The first thing to learn about dampers is the fact that there are many different types of dampers. So in order to try to fix the problem you need to know what type of damper you have and its operating control. We respond to customers with damper problems all the time so don't feel bad if your damper is giving you issues. 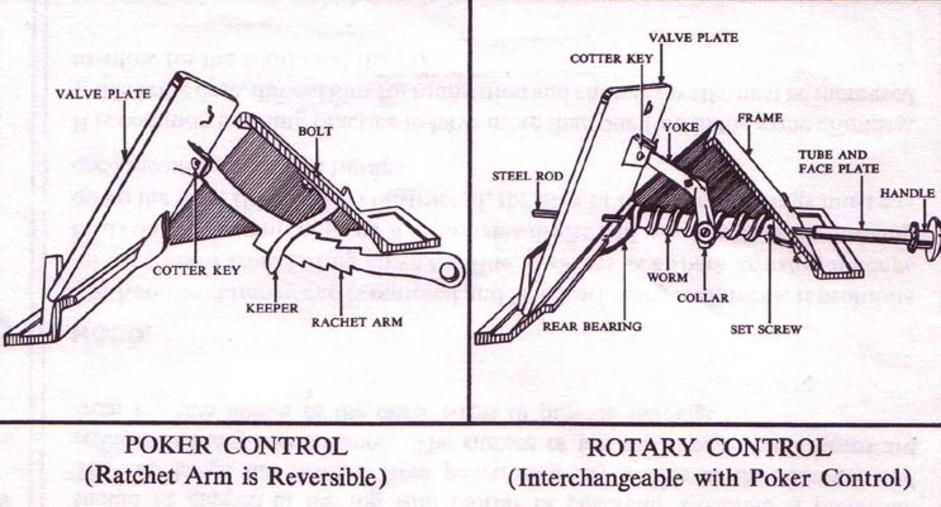